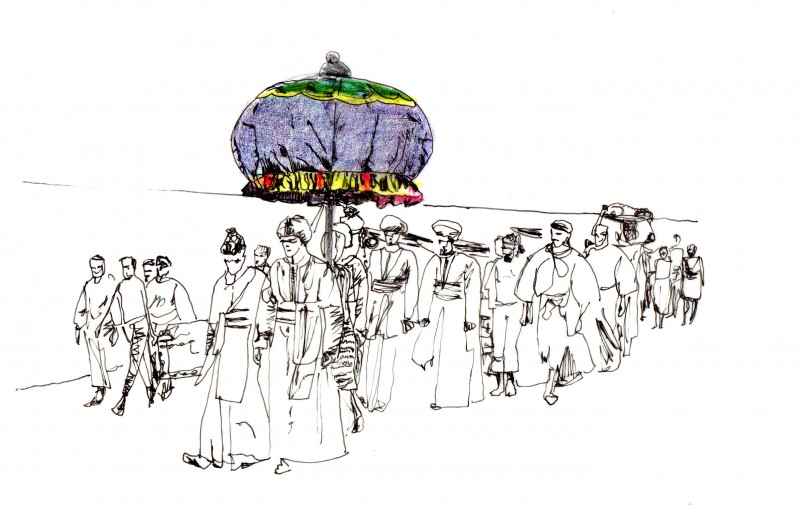 Third and final appointment of the artist residency program Through time: integrity and transformation of the work which sees the artist Eva Marisaldi as the protagonist. The project is carried out in the context of Parma Italian Capital of Culture 2020 + 21.
The CSAC Archive-Museum, located within the impressive and evocative Abbey of Valserena, preserves over 12 million pieces divided into five sections (Art, Photography, Media, Design and Entertainment). After Massimo Bartolini and Luca Vitone, Eva Marisaldi confronted herself with this immense heritage, and created Second Times, an exhibition and editorial project curated by Marco Scotti and Francesca Zanella in which the artist constructs an unpublished narrative in dialogue with the CSAC collections, starting from one’s own personal archive.
Eva Marisaldi’s artistic research is frequently articulated through open and participatory processes, and the use of different languages ​​and supports, to get to deal with different and multiple lateral and alternative perspectives to everyday life. The title of this project derives from a drawing by Paul Klee, exhibited within the exhibition Klee up to the Bauhaus, organized in 1972 by Arturo Carlo Quintavalle within what was then called the Institute of the History of Art and which shortly after it would have given rise to the CSAC of the University of Parma. However, the term “second time” also refers to the temporal succession of a theatrical or cinematographic show, indicating an action that develops over time.
The artist was asked to deal with the archive spaces, presented in their new configuration, the Live Archive designed by Studio Terragni Architetti and Daniele Ledda xycomm, starting from the idea of ​​an animated archive theorized by Jeffrey Schnapp. Marisaldi has traced a path that winds between drawers and shelves, consisting of works created for the occasion and pieces taken from the CSAC collections. Through the dissemination of over sixty aluminum prints that reproduce fragments of his personal collection, consisting of images and phrases taken from newspapers and transcriptions of books, the artist’s intervention intends to activate new connections and synergies with the CSAC archive.
The path of Second Times also includes the unpublished video Lines, created in collaboration with Enrico Serotti, inspired and set up in an ideal dialogue with the work Sculpture no. 25 (1935) by Fausto Melotti, also kept at the CSAC. Finally, Eva Marisaldi took some works and projects from the collections of the university center – the shots by Tito and Sandro Spini that portray some examples of Dogon vernacular architecture and the project of an Islamic Arab national dress designed by Archizoom Associati for a competition organized by the Council of Ministers of the Libyan Arab Republic – going to create a specific focus on CSAC funds dedicated to Africa, a topic of great interest in the artist’s research following his travel experience in Madagascar in 2004.
Visits for the public will start on Tuesday 23 November, by reservation only, with the following times: Tuesday at 10 am; Thursday at 4 pm; Saturday at 10 am.
The exhibition is accompanied by the publication Eva Marisaldi. Second Times (All Around Art, 2020, euro 20) with texts by Elisabetta Modena, Marco Scotti and Francesca Zanella.

Timetables
Accessible to the public by reservation only on the following dates and times: from 23 November to 20 December 2021: Tuesday, 10 am; Thursday, 4 pm; Saturday, 10 am.

For information and reservations archive_csac@unipr.it