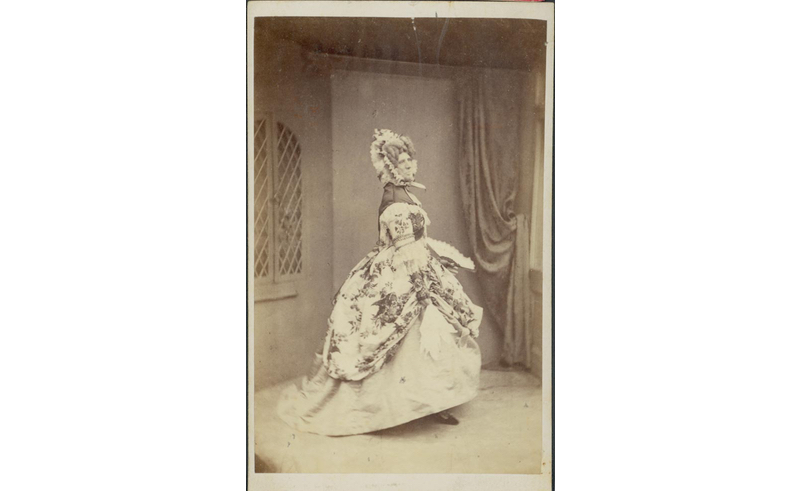 A carte de visite, a particular model of small-size portrait – 6×9 cm – which in the mid nineteenth century established itslef all around the world, absorbed the tradition of the miniature portrait paintings and became  a mass image. This one comes from an album acquired in 1979 by the CSAC  – after a suggestion by Luigi Ghirri – which contains 185 other portraits of the same type. Inside this album there are portaits of Camillo Benso Conte di Cavour, of the English and Scottish nobility portrayed in European capitals and resident in Rome or Naples, and of their trendy Scottish Terrier. The album therefore proposes a cross-sectional view of the second half of the century but also a sampling of the most important contemporary photographic studios: Studio Nadar, the Parisian Disderi – the inventor of the carte de visite ,and consequently of an unprecedented industrial dimension of the portrait: from his studio came out more than 2000 photographs each day -, the Florentine Alinari and many more. The en travesti character is Mark Napier (1798-1870), a very serious lawyer, Deputy Sheriff of Dufriesshire in 1844, writer of legal texts and historical biographies, who brings us to the dawn of photography, as it has been portrayed by Hill and Adamson in 1843 in Oberlin on a calotype (a process based upon a negative on paper) for the painting of the “First General Assembly of the Free Presbyterian Church of Scotland.” For this painting, which use the canonical model of English portraiture, photography is used in an experimental way as a substitute for figure drawing; the original composition went missing but we still have a fund of a hundred calotypes, which are considered the first photographic portrait of an entire community. In the Adamson portrait, Mark Napier, who embodies the figure of the intellectual, holds WM Turner Liber Studiorum in his hands: doing so, he wants to be acknowledged as a lover of the arts, and he was a member of the Calotype Club of Edinburgh. In this portrait printed on albumin paper, at least ten years older, he holds a billowing skirt -menawhile photography has reached faster time exposures – while in the same album, in another carte de visite once again taken in Edinburgh , he holds a charming fan. 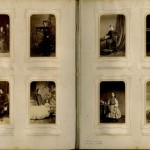 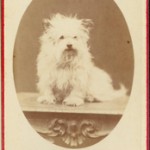